Last week on May 21, the Council for Economic Education hosted Senator Jack Reed (RI) and Senator Mike Enzi (WY) in Washington, DC for a very exciting announcement: the official launch of the Senate Financial and Economic Literacy Caucus, a bipartisan effort to ensure that all Americans are equipped with the essential skills and education they need. 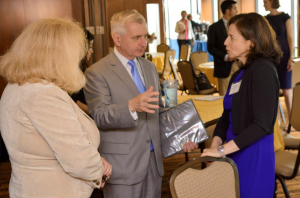 Senator Reed stressed the importance of bringing people from all sides together to address the issue of financial literacy, “a critical problem for future generations.” Financial education is a lifelong endeavor, he continued, and “has to start in elementary and secondary schools, and lead into the college arena.”  The Caucus, he hopes, will be a “catalyst for positive change.”

Senator Enzi addressed the need for access to information and tools to help Americans make the right choices, like saving for retirement, buying insurance, or investing.

Following their remarks, the room turned its attention to an important and timely question: what role should the federal government play in supporting financial literacy? On hand to discuss, Moderator Karen Gibbs of Maryland Public Television and a panel of leaders and experts including: 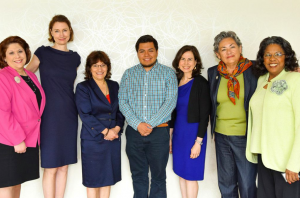 Ms. Koide pointed to some of the ways that the Treasury Department has and can improve engagement with financial literacy, first and foremost by increasing accessibility to affordable products and education.   As a member of the new President’s Council of Financial Capability, she and her fellow Councilmembers are focusing on young people, actively promoting to make sure that we are getting financial education into and around the classrooms:

Additionally, Ms. Koide noted that we should “be mindful of the fact that with scarce resources, we need to make sure that we’re all rowing in the same direction” – in other words, identify what population to focus on, and work together in a coordinated fashion to bring different expertise and touchpoints.

Establishing benchmarks for success is an integral part of this, as is ensuring that teachers are getting the proper training to educate their students.

Coming from the private sector, Ms. Chapa also provided insight as to how business leaders are taking on financial literacy:  “Many corporations are making sure that financial literacy is integrated into everything they do.  Not as an add-on, but part of what they do every day.”  Part of this is working with non-profit partners to reach local communities, funding programs that help students determine college choices, or making sure that the elderly aren’t taken advantage of.

A great example of public/private partnership success is Capital One, a leader in the financial literacy space.  Carolyn Berkowitz, Managing VP of Community Affairs, also spoke at the event, emphasizing the need for financial literacy and skills to be taught at the youngest ages and all throughout their lives.  Which is why Capital One has launched a number of initiatives focused on getting jobs, preparing students with money management skills, and supporting small businesses.

As a representative of the Tribal community, Ms. Black shed some light on the specific challenges they face in accessing financial literacy.  Many of the population are underbanked, or unbanked; and while technology is helping them to more forward, a number of barriers remain.  For example, tribes are often left out of legislation or federal programs. So ensuring that tribes have the same access to these programs is critical.

Rounding out the panel, the audience heard from Gear Up alumnus Jesus Rodriguez, who reflected on the importance of that experience.   Currently attending George Washington University, Gear Up helped him make smart financial decisions, whether it was how to fill out his FAFSA application or loading up on college credits while still in high school, saving him thousands of dollars. 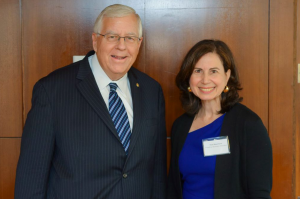 Coming from an urban area, Mr. Rodriguez saw that parents, many of them first-generation immigrants, simply didn’t know the resources at their disposal. Making parents aware of these federal government programs is crucial, and in his opinion should be a priority.

CEE’s CEO and President Nan J. Morrison opened and closed the program, noting that information like the Survey of the States, sponsored by Capital One, is the first step: “we need to know the legislative lay of the land, a map for positive change. Knowledge is the first step to being able to act.”   And the launch of the caucus, “signals something profound,” an important next-step.  But to move the needle, it’s equally important that we all act as advocates; whether it’s downloading CEE’s Advocacy Tool Kit, or simply having a conversation about money you’re your kids, there are many ways to take action.