How Much Does the U.S. Tax System Shrink the Gap between Rich and Poor? 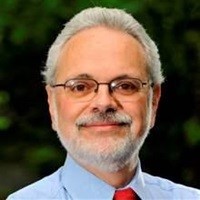 Is Your School Churning Out Best-Selling Engineers in Five Languages? Didn’t Think So.

By Dan Kadlec, Author and Journalist.

In the era of Big Data, we can’t seem to tie our own shoes without first confirming the need through statistics. Yet some things are so big and so obvious we shouldn’t wait—like, say, stopping texting while driving or rebuilding our middle class.

Do we really need data to know that distracted drivers cause accidents? Isn’t it a given that a shrinking middle class is a drag on the economy? Financial education is like that too. Can anyone really argue against teaching money basics to kids who will come of age in a world with few financial safety nets? END_OF_DOCUMENT_TOKEN_TO_BE_REPLACED