A Look Back at the 2014 Annual Conference

END_OF_DOCUMENT_TOKEN_TO_BE_REPLACED 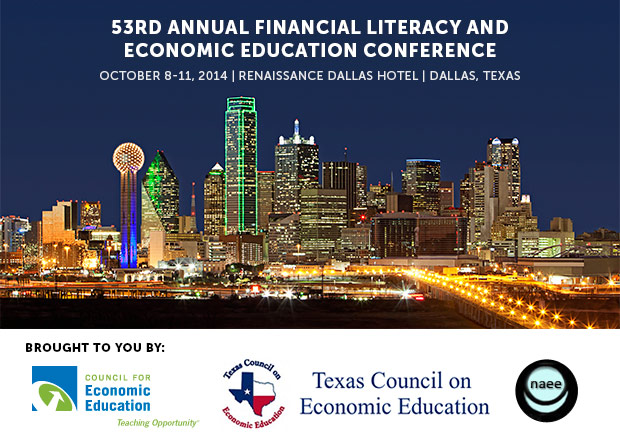 DALLAS, TX (September 23, 2014) – The U.S. ranks square in the middle of the pack and far below expectations in financial literacy, according to recently released data from the OECD Programme for International Student Assessment (PISA). But fortunately, there are a growing number of educators, organizations and experts who are working to raise the bar for financial literacy education—and many of them will convene in Dallas next month for the 53rd Annual Financial and Economic Literacy Conference. END_OF_DOCUMENT_TOKEN_TO_BE_REPLACED